Some have called it "the flood of the century". German Chancellor Angela Merkel herself spoke of "ghostly images" by visiting the areas affected by the flood which, in Germany in recent days, caused over 160 deaths. Images from the most affected areas, Rhineland-Palatinate and North Rhine-Westphalia, which in a few hours traveled around the world, even in Friuli.

Here people know well what it means to be face to face with the fury of nature. He has known this since 1976, when two terrible earthquakes destroyed entire villages causing a thousand deaths, but the memory of the terrible flood that hit the Val Canale and Canal del Ferro on 29 August 2003 is even fresher, where even today the signs that have changed that strip of Friuli can still be seen.

But the Friulian people also know very well what the word solidarity means. And the Ceccarelli Group and Goccia di Carnia know this too, as on other occasions, they did not want to lose the sense of closeness to the populations in difficulty.

This is how Ceccarelli, the Udine group operating in the logistics and transport sector, after the almost 60 thousand masks donated during the first lockdown and after making itself available in the operation coordinated by the Gorizia Green Cross for aid to the populations affected by earthquakes in Croatia last February, he felt the duty once again to help those in difficulty.

"The idea was born from the international department - explain the manager of this company area, Stefano Gambardella, and the director of Ceccarelli Group, Gabriel Fanelli - who for a sense of solidarity, generosity and closeness to the German market and the Simcargo network , of which we are partners, has proposed to help the populations of the flooded areas of Germany. A relationship, therefore, that is not only professional, but also and above all human ".

Hence the request for information on the spot on what was needed, drinking water, and the creation of a solidarity consortium made in Friuli with Goccia di Carnia, a company that supplies and bottles the water that flows from the Fonte di Fleons, at 1370 meters above sea level. altitude, in the heart of the Carnic Alps.

"Goccia di Carnia has always been the water of the territory, close to the people - comments the managing director Samuele Pontisso - in this case, thanks to the initiative of Ceccarelli, we can be close to the people of Germany by supplying them with water. many communities are still missing due to the flood, just like Goccia did in FVG after the 1976 earthquake ”.

With the organizational machine set in motion, Ceccarelli's expedition has therefore started for Meckenheim, where there are goods sorting centers and from where the bottles of water, over 42,000, will be distributed to all the areas most affected.

The transport organized by Ceccarelli and Goccia di Carnia is 24 tons, the maximum weight allowed to be able to leave Italy with standard loads, for a total of 42,336 bottles. “We thank Goccia di Carnia - concludes the president of Ceccarelli Group, Luca Ceccarelli - for having promptly accepted our proposal and contributed to the project. An example of how two realities rooted in the territory have been able to collaborate in the sign of solidarity". 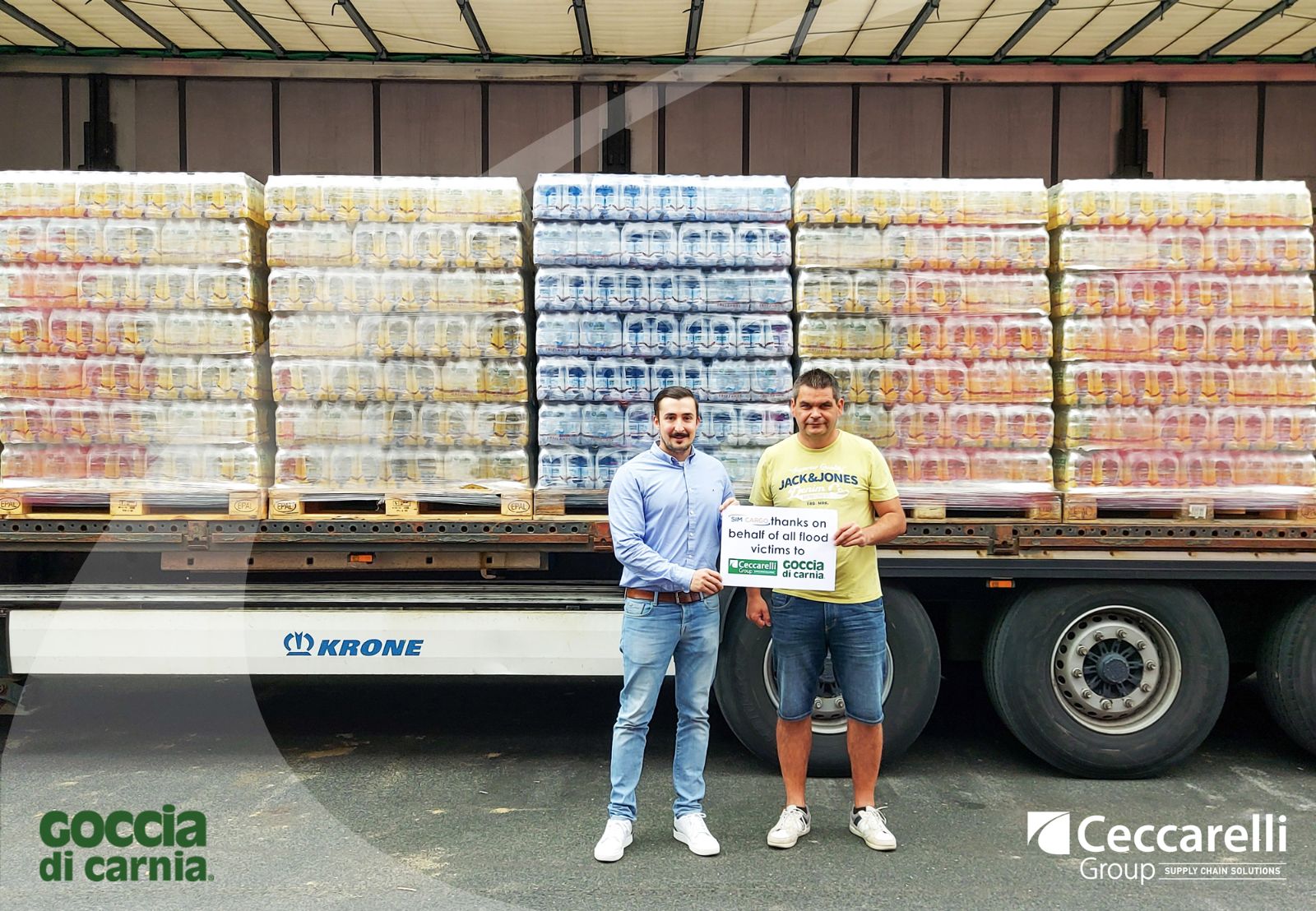