A new headquarters for Transfriuli!

The new headquarters of the industrial division of the Friulian Group leader in logistics and transport have been operational for a week in Tavagnacco.

After the opening of two new offices dedicated to logistics, that of Pradamano from January 2022 and the Carnia Industrial Park of Tolmezzo in the spring of the same year, Ceccarelli Group announces another important investment in Tavagnacco, this time in transport, a sector that is today at the center of the attention in the post Covid economic recovery.

In fact, the new headquarters in Transfriuli, the transport industrial division of the Friulian company, national and international leader in the road transport and freight logistics sector, has been operational for just over a week with headquarters in Udine and offices in Trieste, Padua, Prato and Milan. .

The warehouse, which extends over five thousand square meters, two thousand of which are covered, is located in via Giovanni Pascoli in the municipality of Tavagnacco, in front of the former headquarters of the Hypo Bank. Here, it is appropriate to say historical courses and appeals, was the headquarters of Ribi, the courier where the owner of the Friulian company, the late Dino Ceccarelli, had worked for years.

“A headquarters - comments the president Luca Ceccarelli - almost ready for use and with few modernization works to be done that we have decided to lease rather than build a new one, further consuming land. This allowed us to be immediately operational, given the growing demand in the sector, and thus offer the client the best possible service ". From the transfer from the Udine headquarters in viale Venezia to Tavagnacco, it will also benefit the operations of Ceccarelli srl which, in the Friulian capital, will have more space available to work on national and international shipments, speeding up the delivery times for goods to their destination.

A response to the changing international scenarios

From May the boom of the economic restart and, with this, the surge in growth in the logistics and transport sector. If we combine all this with important changes at a global level such as the destruction of supply chains in the Far East, the growth of freight rates for containers and the clogging of the main world ports, the slowness of customs operations and the crisis of raw materials, the world transport has undergone a drastic change of course. In a nutshell, in a few months we have gone from a "just in time" production, in real time, to a return to the warehouse.

“All this - explains Luca Ceccarelli - has generated a surplus of goods compared to the structure of the national and European transport system. The problem arises from the fact that this transport network has remained virtually unchanged, if not reduced, in recent years, because in a climate of uncertainty, the number of drivers, already insufficient in itself to meet demand, has dropped significantly. ". That is to say, greater propensity to store goods, rather than having them arrive based on requests from distant destinations, increase in volumes in warehouses, but few couriers who are able to dispose of them. "Even those who want to invest in trucks - continues Ceccarelli - the new vehicles, whose cost has increased by 15%, are delivered in ten months and therefore it is not possible to intervene quickly".

The new headquarters for Transfriuli

What takes place in the new headquarters in Transfriuli are essentially operations called "cross docking", or rather loading and unloading of goods. The trucks of the company, which has a fleet of 60 vehicles, will collect the goods from customers, will be grouped together for an area and, therefore, reloaded and sent for delivery. "In the Tavagnacco building, which can count on 10 loading bays - comments the operations manager of Transfriuli, Michele Pez - we will prefer transport without transhipment, or the collection of goods directly from customers so as to complete the vehicle and send it directly delivering. This - he clarifies - will allow both to make loads more efficient, also to the advantage of the integrity of shipments, and to make fewer trucks circulate in the Tavagnacco warehouse ”.

Important signals, those that the Ceccarelli Group intends to give to a market in recovery, but in difficulty in reacting quickly. "An investment - concludes the president of the group - to offer an immediate response that tries to anticipate the needs of customers by putting forward the whole service". 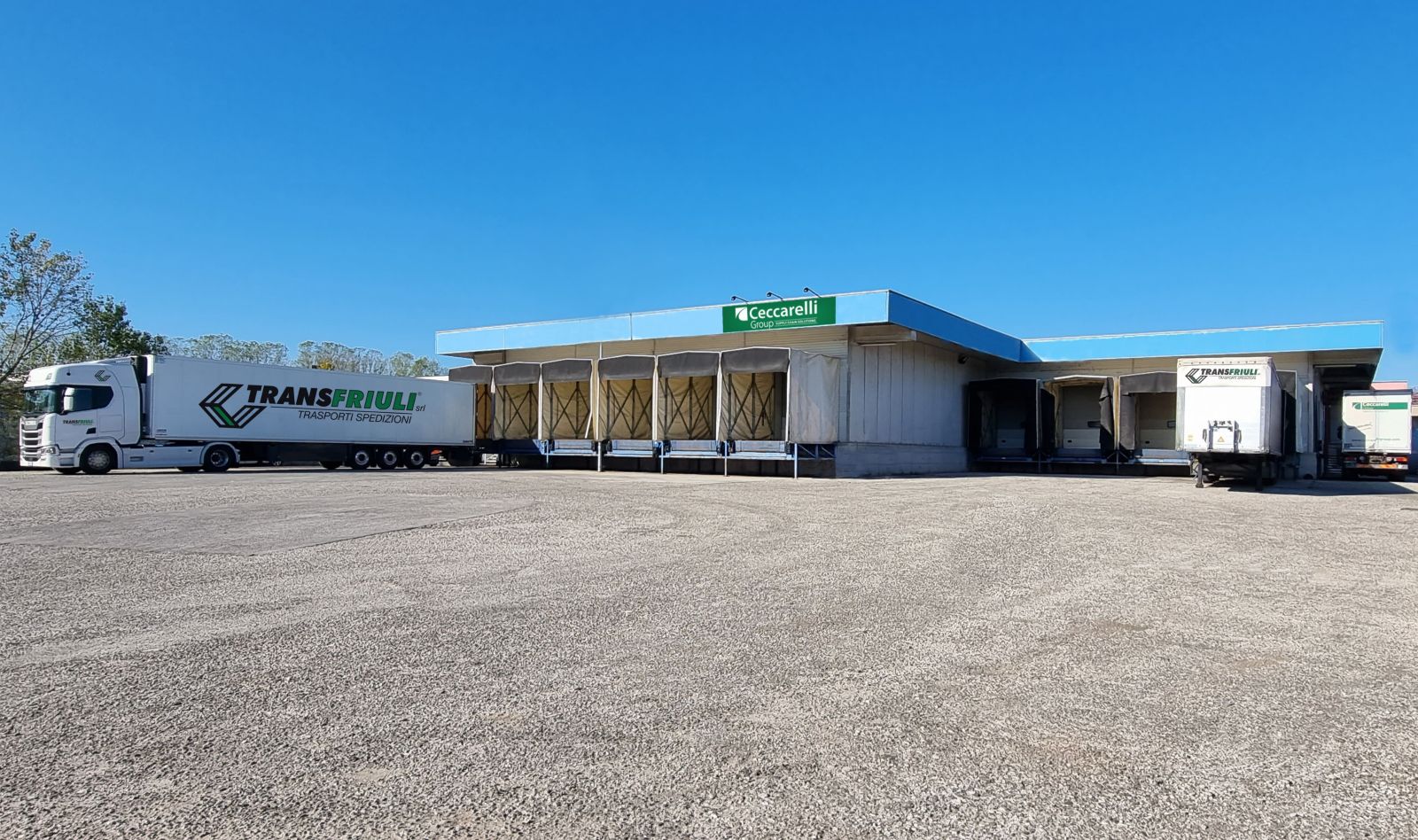